Williamson County Persons of the Year 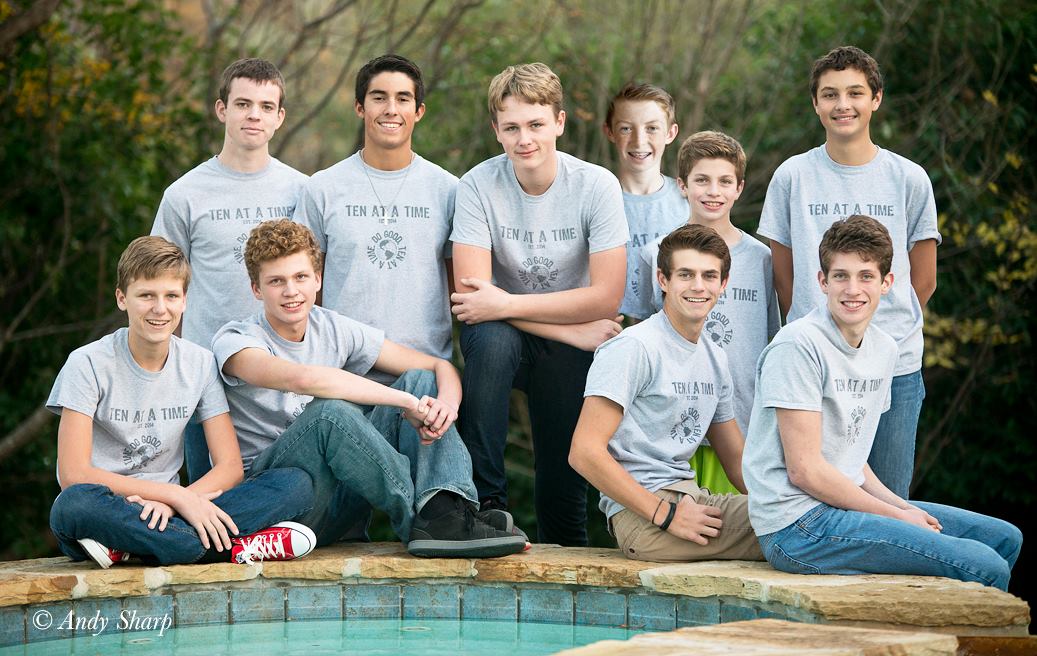 Ten dollars donated to a good cause might not save the world. But what if 10 people gave $10? What if 20 people did?

It stacks up fast. “Ten dollars isn’t exactly a lot but the impact can add up to something huge,” Carter Miller said.

This is the founding principle of Ten at a Time, the nonprofit Carter and his brother Calvin founded in 2014. “Basically, it was about our families
wanting to make a difference out in the world and going out to do good,” Carter Miller said.

The Miller boys, 10 and 13 years old at the time, thought about putting on car washes, lemonade stands or bake sales. They had held fund-raisers for nonprofits before and the family often volunteered around town. But they wanted a way to give continuously, and to learn more about where their money went along the way.

That’s when, in September 2014, Ten at a Time was born. This giving group of boys is deserving of one of the Sun’s 2016 People of the Year titles.

Wilco Sun Person of the year one page 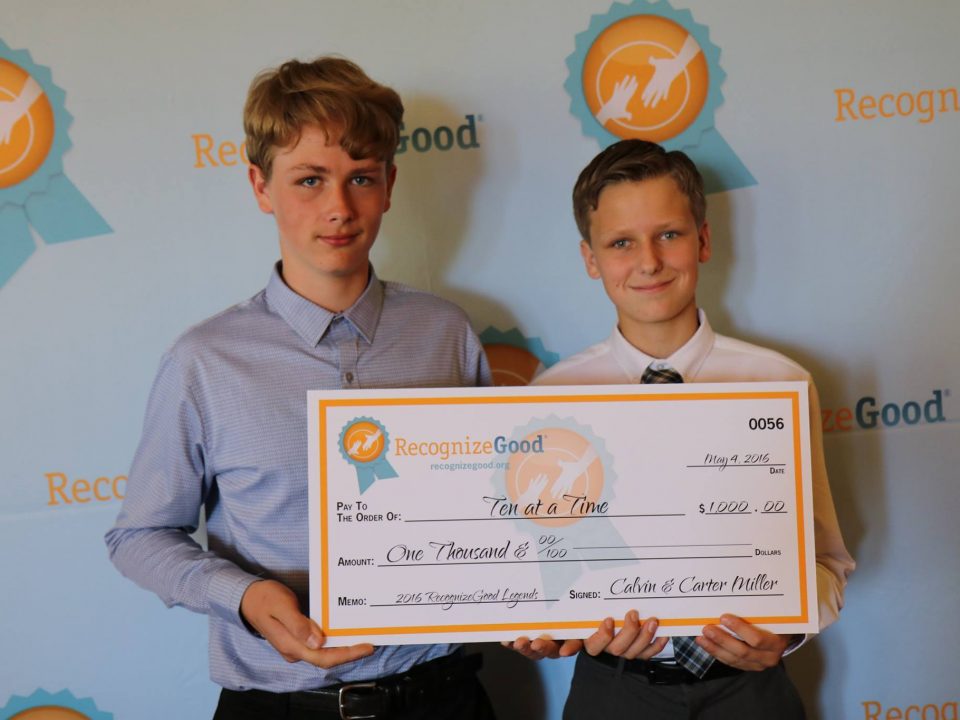 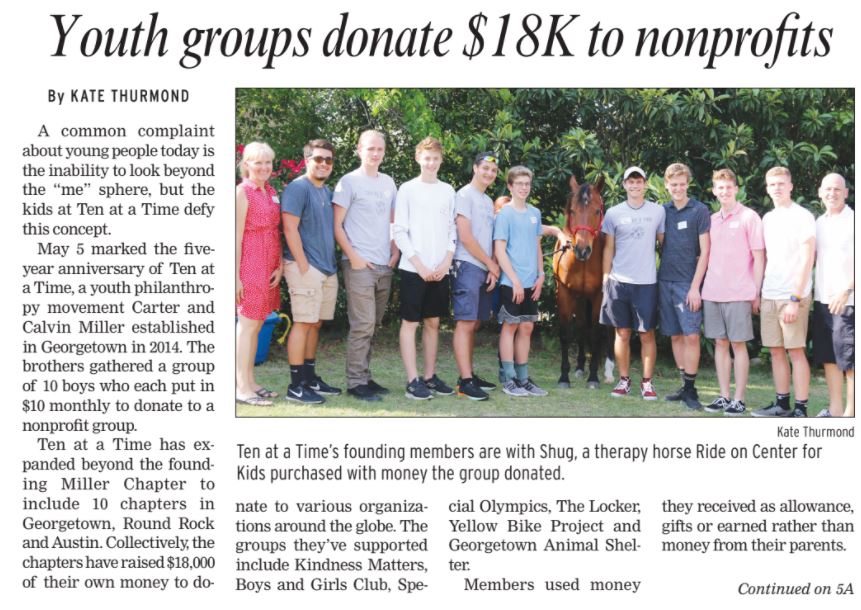